Mozilla has announced several new features for the new Firefox Beta which will eventually become Firefox 11. The first and, in my opinion, the most interesting one is a new approach to make distinguishing elements on a webpage easier using a 3D rendering of the page. They call it ‘Tilt’. It is based off of WebGL technology and renders the website in a three-dementional view with each element layered one on top of the other making it easy to determine parent and child elements in a page. An interesting approach to the traditional indentation which only allowed the developer to see the differences in the code rather than on the page itself. This is a preview of the feature: 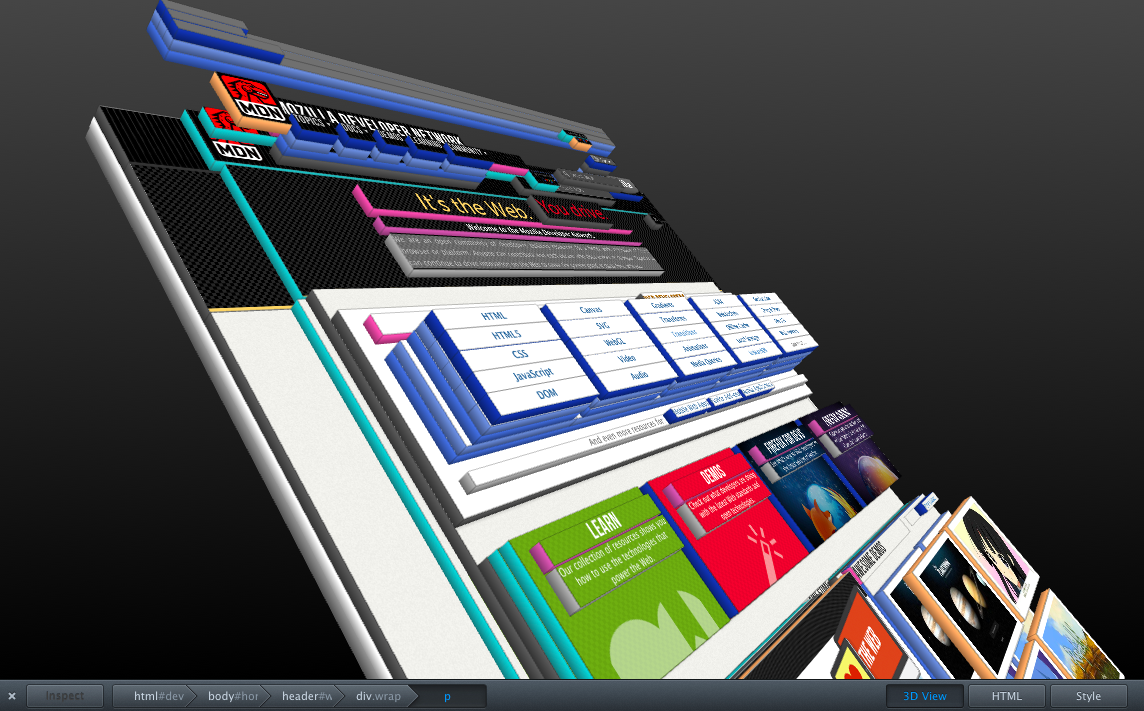 A couple of other technical features are SPDY support as well as a new styles editor which allows developers to edit a page’s CSS files with live updating then save the changes to disk. One of the features I personally am most excited about is a simple thing which is one of my favourite things about Chrome and which is lacking in all other browsers: add-on sync. Not only will we not be able to sync bookmarks and history with Mozilla’s sync service, but now add-ons as well. I am very much looking forward to that feature as it will make managing multiple installations of Firefox across different computers much easier to handle.

See Mozilla’s blog post for more details about some of the upcoming new features in Firefox 11.

Post a Comment
▲
Manage Cookie Consent
To provide the best experiences, we use technologies like cookies to store and/or access device information. Consenting to these technologies will allow us to process data such as browsing behavior or unique IDs on this site. Not consenting or withdrawing consent, may adversely affect certain features and functions.
Manage options Manage services Manage vendors Read more about these purposes
View preferences
{title} {title} {title}