Why Mozilla has abandoned Mac users 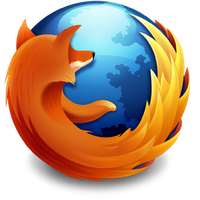 Mozilla’s flagship browser was, for a long time, the top browser pushing the threshold of browser technology, dethroning the king of all browsers, Internet Explorer, and driving the web to new possibilities. For the past couple of years, however, it seems to have been rapidly declining overall in quality — especially for Mac users.

With the release of Mac OS X 10.7 (Lion) in 2011, Apple introduced many new elements to its GUI such as translucent and disappearing scrollbars and “springy” scrolling. Google released an almost immediate update to its Chrome browser which featured these new elements, helping it feel much more like a native application and not just a bunch of code thrown together in a way that somewhat worked. A year after Lion’s release and another major OS X release later, Mozilla has still not updated Firefox to fit in. This may seem trivial, but it really makes Firefox stick out like a sore thumb in a computing environment which is held together by many such small features. The important part her is that it still feels like a cross-platform browser which has just enough Mac in it to run on OS X, but nothing more. For a piece of software with which you spend so much time, you need to feel comfortable in it and that just isn’t possible with the clashing GUI elements.

Then there are other pieces which Firefox lacks that are more utilitarian in nature. For example, the system-wide spellchecker. Firefox has its own built-in spellchecker and it works rather well, but there are continually problems I run into with it. First of all, it doesn’t have access to all of the words I have added throughout time to my OS X spellchecker, such as my last name. That means I have to add them specifically to Firefox again whenever they pop up. Secondly — and this is probably the most important point for me, the built-in spellchecker has miserable multi-lingual capabilities. The system-wide spellchecker can recognize which language I am typing in and will check my spelling dynamically. In Firefox, you have to install separate dictionaries for each language, then you have manually switch between them. There are plugins that are supposed to automatically detect and switch languages, but I have found these to be mediocre at best. If Mozilla would just tap into OS X’s built-in spellchecker, this would eliminate the entire problem. That is, in fact, what it is there for.

Another feature I miss in Firefox is the ability to tap on any word with three fingers on the trackpad and have the built-in Oxford dictionary look up the definition of the word in question. Starting with Mountain Lion, this works in both English and German and it is one of my heaviest used features. This works in Chrome as does OS X’s built-in spellchecker, so why can’t Mozilla integrate these features into Firefox? Firefox also still lacks support for Apple’s retina display and for the OS X Notification Center. These are both features that are going to be released in beta and aurora version of Firefox (18 and 19, respectively), but it has taken Mozilla months to add them whereas Chrome was updated with both features very quickly.

Chrome is also a multi-platform browser, but still feels native to each platform because it has been well integrated. Why can’t Firefox also be so well integrated? My best guess is that it is because of the resources Google has available to throw at Chrome, but I suspect it really lies in interest on the part of the browser maker. Mozilla just seems to think that “it runs” is good enough — or at least that is the impression they are giving Mac users.